This article was pulled from AZCentral and written by Dana Scott. Thank you for covering the O’Connor Eagles. 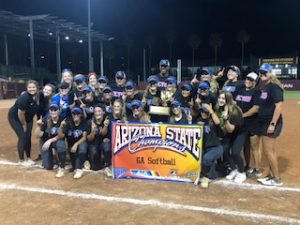 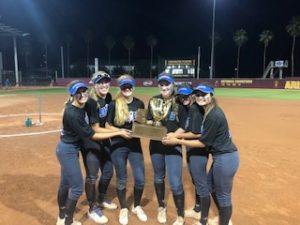 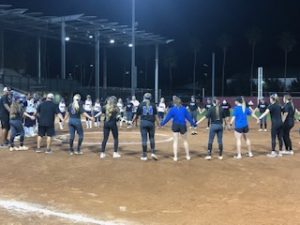 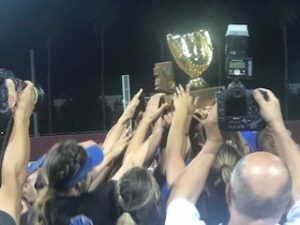 The seventh-seeded Eagles (24-6) sealed the 6-4 victory in the top of the seventh inning with three unanswered runs over the Pioneers (25-4).

“You just have to take advantage of those opportunities that are given to you, and that’s what we did,” O’Connor head coach Melissa Hobson said. “They’re a solid team, and we just looked for areas where we could go in and make an impact.”

The Eagles also avenged their two consecutive blowout losses to Pinnacle on March 28 and 29 during Desert Valley regional play.

“What’s great about it is that’s one of our region teams and they beat us up pretty good two times in the region, so it’s nice to come back and show the girls that anybody is beatable at anytime,” Hobson said. “Just keep working and keep sticking to the process, looking at our game plan and things will happen for us.”

From the first pitch of the game, the Pioneers looked awkward defending against the Eagles’ on-base aggression and high powered offense.

Pinnacle junior starting pitcher Morgan Smith was in the circle for the entire game and gave up eight hits, including four hits and four runs off in the top of the first inning. The Pioneers had a total of five errors, including three of them on  overthrows to second and third base on potential groundouts during the first inning.

“Sometimes people get nervous and think too much but you can’t let it get to you,” Smith said. “I’ve learned the hard way not to let things get to me when I’m pitching and that’s why I’ve gotten as far as I have. It’s important to not let the other team get into your head and we did that a lot this game.”

Pinnacle head coach Bob Pena said errors like that are uncommon with this team.

“It was very uncharacteristic doing what we did today because we haven’t done that in any game all year,” he said.

Pinnacle finally scored its first run in the bottom of the third inning after Margo Smith was unintentionally walked with the bases loaded.

The Pioneers had seven base runners before getting their first hit of the game from Sydney Smith in the fifth inning. They had two additional bases loaded scenarios that didn’t produce any run support for Smith.

“When we get bases loaded, we can’t leave runners on,” Smith said. “One clutch hit changes that, so the first time that we got bases loaded could’ve been an opportunity.”

Toward the end of the game, O’Connor began to pull away. Its starting pitcher Danielle Wilson struck out seven.

She faced the greatest test in the bottom of the sixth and seventh innings when Pinnacle’s Emma Bullard and Kiersee McLean hit a RBI-singles when the bases were loaded to drive in the Pioneers third and fourth runs.

The game’s final out came when Sydney Smith hit an infield pop fly.

No Events This Week

Events are added by athletic staff.
View All Events