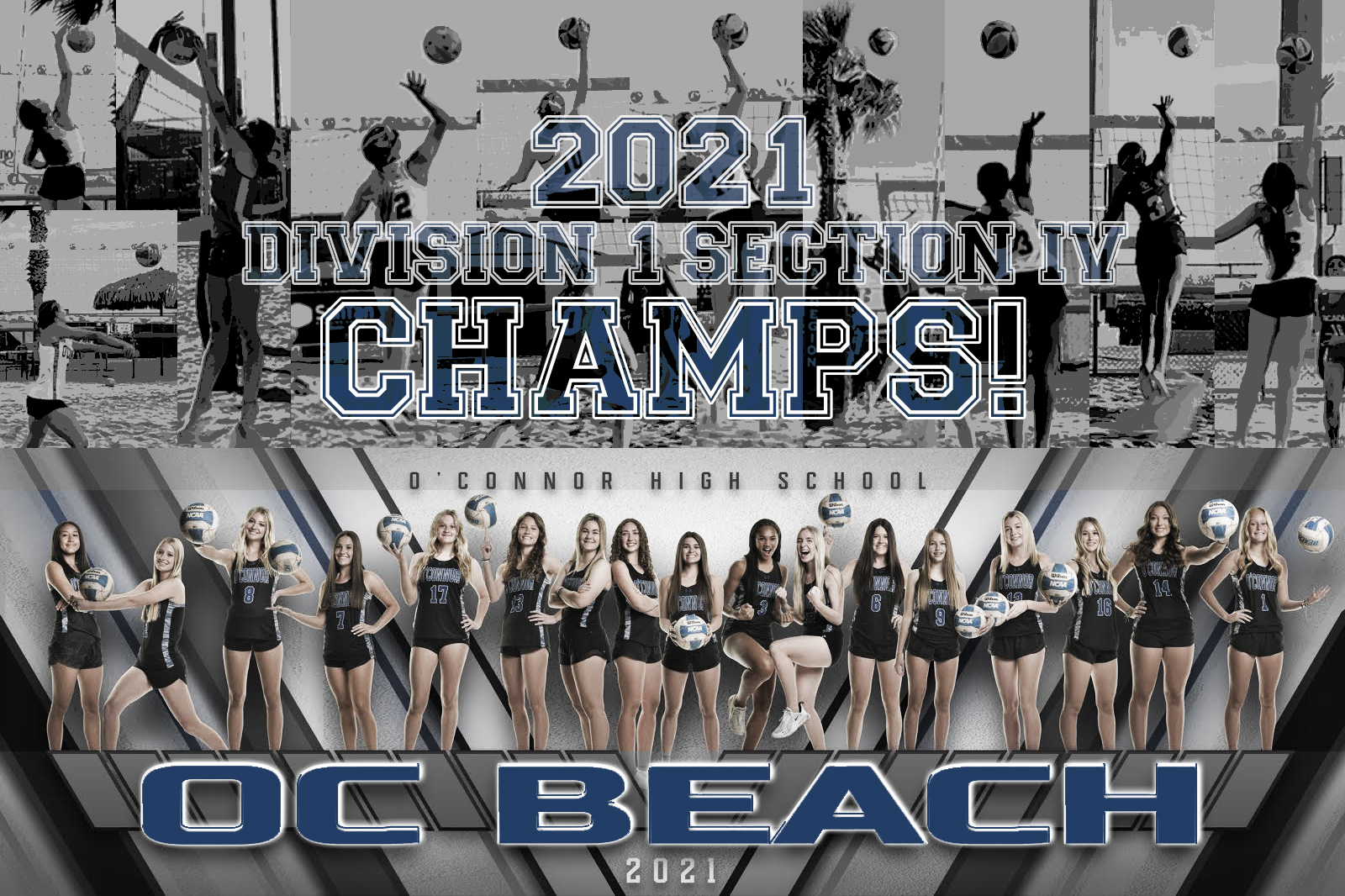 OC.Beach has continued to showcase their success this season with school history of 11 sweeps (5-0 each match) in a regular season and earning their Division 1, Section IV Champions with 11-1 record. The focus was what do they want to be known for and what impact will they make this season? Legendary is the word that comes to mind. Being Divisions champs and making school history to have most sweeps in a season has been a huge accomplishment so far this season. Eagles are going dancing in state playoffs to capture the State Championship in hopes to mark another historic moment in one season.

OC finished their last regular season match vs Chaparral and has earned their bid to play post season. The 4’s pair of Rama/Leslie took control in two sets 21-15, 21-16 and 5’s pair of S.Martin/Freeman 21-9, 21-10 and gave OC 2-0 lead. This has been the norm all season with the 4’s and 5’s consistency and winning their matches. The match was solidified when the 3’s pair of Myers/T.Smith took command in their game in two sets 21-14, 21-9. The 2’s pair of Doyle/Rough was no surprise with their two set win 21-15, 21-7. Final pair of Broadway/M.Smith continues to fine tune their game strategy in first set win 21-18 and dominated 21-10 second set win to give the Eagles their 11th sweep.

Sydnee Broadway and Margo Smith has earned an automatic bid to be representing OC at the State Pairs Championship on May 19th! Their chemistry and communication has continued to elevate and will be one of the top pairs to beat to earn the state pairs title! Their skills, court awareness, beach IQ, athleticism, communication, offense and defense discipline will become a huge weapon against their opponents!

The focus for post season will be team chemistry and strength of the team in each individual member. The versatility in every seed has been the strength in the team’s success and strive to go dancing to the championships. OC is currently ranked #3 in State hosting vs #14 Desert Mountain in first round of state on May 3rd at Victory Lanes.