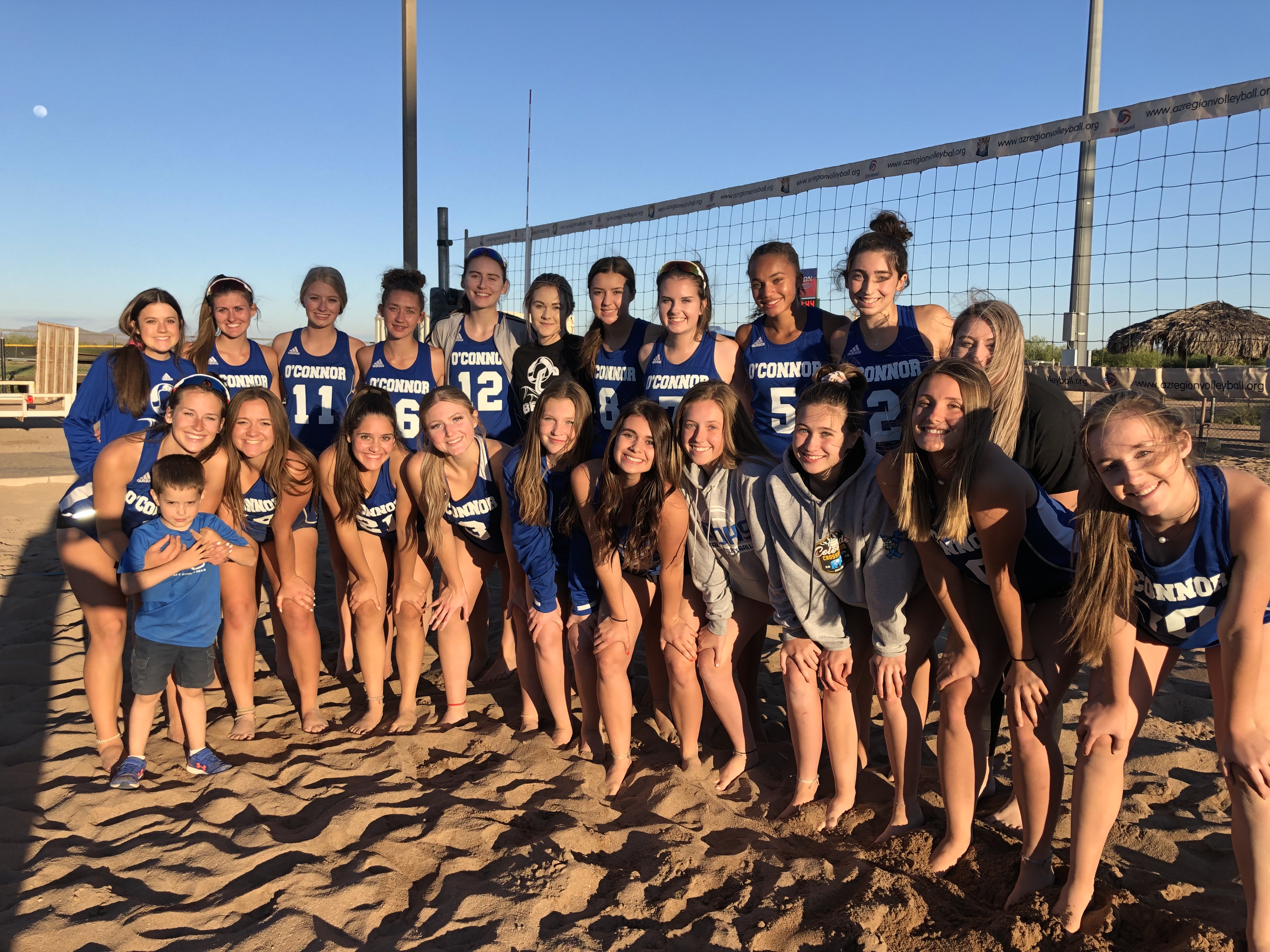 In it’s fourth season of OC Beach program, OC has made the state playoffs every year two of which was in the final four and one in top 8. OC won today’s first round of State playoff match vs Hamilton to continue the record of being the top 8 teams left in the state.

OC took the first match as the Hamilton forfeited their flight 5 seed giving OC 1-0. Flight 4 seed of Sarah Martin and Annie Smith dominated in two sets giving OC 2-0 lead. The Flight 3 seed of Fuller and Trapp started off strong winning the first set 21-11, but Hamilton would fight and complete to win second set 21-16 to force a third set. OC started off strong with 7-3 lead and slowly Hamilton battled back and tied at 12-12. After OC timeout, Fuller and Trapp took the match at 15-13 to give OC Beach final win to advance to the second round of State.

Flight 2 seed of Broadway and Pope continue to dominate their undefeated season and cruised their both sets 21-11, 21-11 to give OC 4-0 lead. Broadway/Pope is 13-0 record. Final flight of the day was Cook and Garrett in top seed. They first set was back and forth forcing them to go into extra points but eventually Hamilton took the set 22-20. Second set started the same way, but Hamilton’s momentum was in their favor and took the final match of the day. This is Cook/Garrett’s second lost of the season of 11-2 record.

OC is looking to reach their goal to be the last team standing but they have some tough teams to battle to get there. Second round of playoffs, OC faces Millennium for the second time in which OC fell short 2-3 in their first regular match of the season. OC is looking to have redemption as they face the talented Millennium team tomorrow as OC hosts the match at Victory Lanes, 4:30.

No Events This Week

Events are added by athletic staff.
View All Events